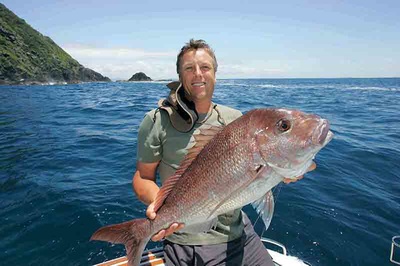 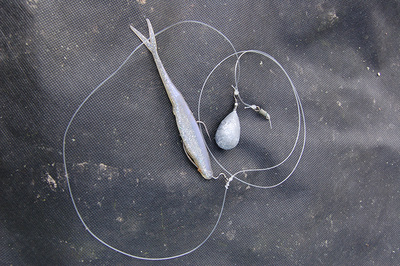 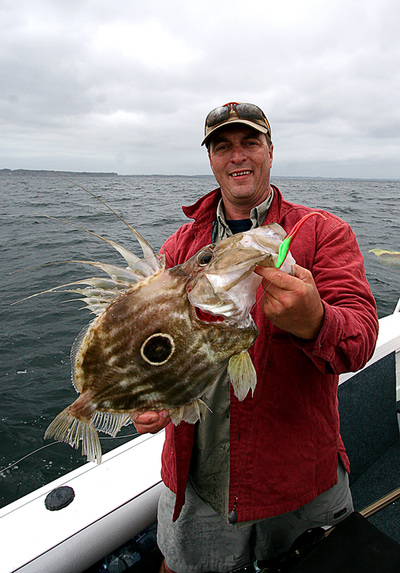 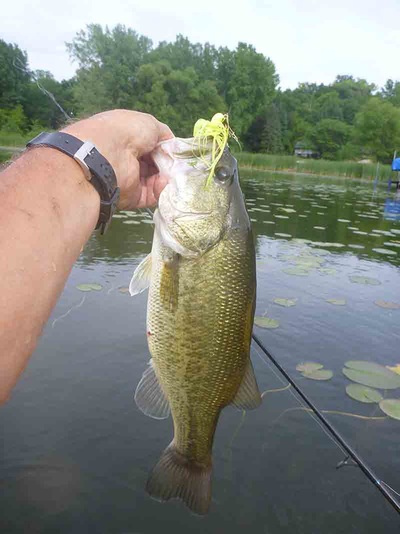 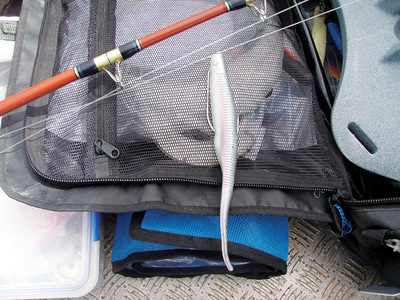 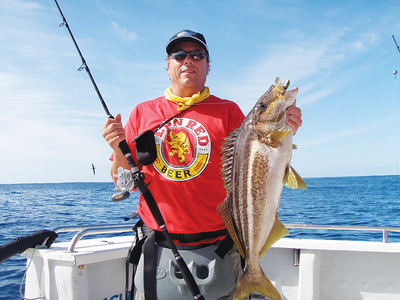 10 years ago when I wrote my first soft plastics fishing book, Gotcha, I devoted quite a bit of space to using a drop-shot rig. At the time, and for a couple of seasons thereafter, it was a method I used regularly, and with reasonable success.

In recent years, though, I sort of fell out of love with it. Micro-jigging and slow jigging came along, both deadly methods in deeper water, and I increasingly focussed my fishing effort on lightly-weighted soft plastics in shallow water, still my favourite technique. But a trip to the US last year got me thinking once more about drop-shot fishing and I’ve since started using it again in certain situations. Unsurprisingly, it’s as effective as ever – probably more so now, with the new knowledge I’ve gained from fishing for walleye and bass in the US.

Back when I wrote my soft plastics books I tended to use 5-inch jerk baits or grub tails fished on worm hooks for my drop-shot rigs. That worked well enough, but I now have better rigging strategies.

Tried and tested
The drop-shot technique is not new; far from it. Like most other soft plastics techniques, it earned its place in the competitive American tournament fishing circuit where it was, and continues to be, a hot ‘finesse’ tactic for large- and small-mouth bass. It’s also an effective method for walleye in freshwater, and stripers, bluefish and salmon in saltwater.

Drop-shot rigs used to work spectacularly well for us a few years ago targeting schooling snapper in 25 or 30m of water, where the water depth makes it difficult to fish using conventional soft plastic techniques. I’d fish drop-shot rigs behind a drifting boat, much as I would a metal jig.

Techniques
The rig couldn’t have been simpler: a torpedo or teardrop sinker at the bottom, a short dropper 20cm or so above the weight, and a swivel twenty centimetres above that. Alternatively, we’d use a Palomar knot to attach the hook directly to the trace backbone (see diagram) instead of a dropper, which is a more orthodox rigging method. The only issue I had with the Palomar was that if it wasn’t pulled down exactly right, or the trace lodged in the slight gap where the hook’s eye closed against the shank, it would sometimes break on a good fish.

Fishing a drop-shot for snapper was simple: lower the rig to the bottom, lift it gently and drop it down again at regular intervals to give the lure some motion. Soft baits – especially a smelly old Gulp! – could be fished from a drifting boat with the rod in the holder; but I had better success rod-in-hand, working the rig with small twitches, lifts and drop-backs. Bites were savage.

But wait – there’s more!
My US trip last year showed me there is a lot more to drop-shot fishing than I had imagined, however. A real eye-opener for me was seeing the method used in shallow water to target bass hiding in cover, or protecting eggs. Skilled anglers would cast the drop-shot rig into holes in the weed cover, or drop it beside boulders under which bass were hiding, and then let the plastic lure work its magic. Often they would make no attempt to retrieve the bait, instead jiggling it on the spot to attract the attention of a fish. I was told not to hop the sinker off the bottom at all.

Fishers would explore an area with this technique, sometimes targeting fish they could see with their eyes or using the boat’s electronics; at other times prospecting likely water by casting the drop-shot, working it on the spot for a short while, then retrieving it partway and fishing it on the spot again. They would do this all the way back to the boat.

It occurred to me that both these strategies could work with snapper.

US observations
The other difference I noted was the way my US fishing buddies rigged their drop-shot tackle. They used relatively light, pinch-on weights, with no dropper – the hook was tied directly to the line/leader – and the distance between the weight and the lure could be as much as a metre-and-a-half.

I’ve come to the conclusion they can use such light weights because they’re able to hold the boat stationary, using an electric ‘trolling’ motor. Back home, I’ve found it’s more difficult to achieve this ‘working on the spot’ technique from a drifting boat, so I’ve tended just to make the best of it, using a slightly heavier sinker and working the bait for as long as possible without moving the weight, before pulling it back towards me and repeating the procedure. I find it works best to cast ahead of the drifting boat instead of dragging the rig like I used to.

I’ve completely changed the way I rig my drop-shots now, too. Instead of a worm hook, I’m using much smaller uncurbed beak-style types with turned-back eyes. And here’s the big change: instead of threading the soft bait on as I did with a worm hook, I simply pass the hook through the nose of the bait: that way the soft plastic is free to move in the most enticing fashion. I’m much more subtle in how I move the lures, too: tiny movements are all that’s required if the bait is mobile enough.

I’ve also tended to drop down in bait size from five-inch tails to three or four-inch versions, the softer and more mobile the better. I managed to buy a selection of Jackal soft plastics in the US which are really good, but four-inch Z-Man jerk shads do the trick nicely too, and don’t pull off the hook as easily as do some other baits.

In conclusion ...
It’s early days yet, but preliminary experiments with my new drop-shot rigs have been encouraging. In deeper water I’m still using an ounce or two of lead and the technique works as well as it ever did on schooling fish, though my success rate has improved since I changed hook styles. But it’s fishing in the shallows I really want to work on; I know a few spots where I should be able to prospect holes and ledges, drop-offs and weed banks with the ‘stationary bait’ technique, jiggling it on the spot to get a bite.

When the anchovies start to run in late summer, I reckon drop-shot fishing could be a real killer!