< Back to Tackle Talk
It always makes me chuckle… when a story or article comes across my desk and the writer has referred to the “chilli bin.” I have visions of a tub full of fiery chilli peppers. 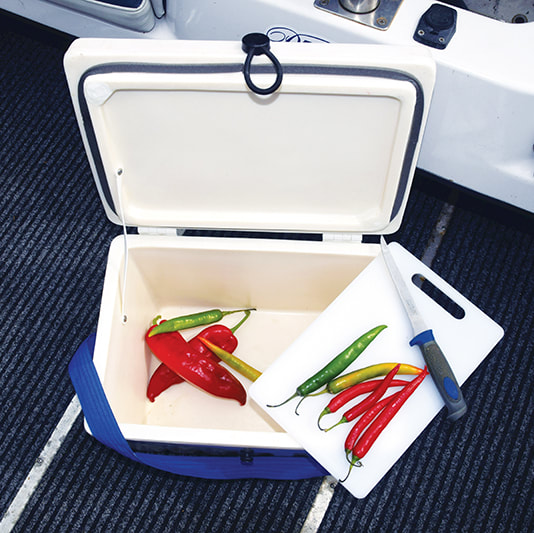 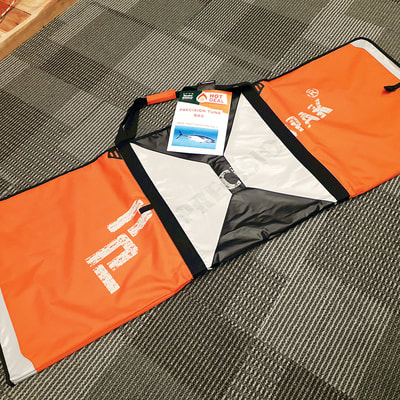 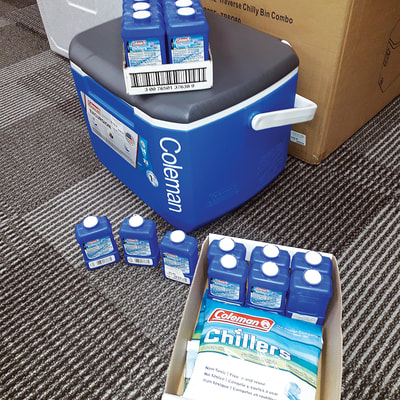 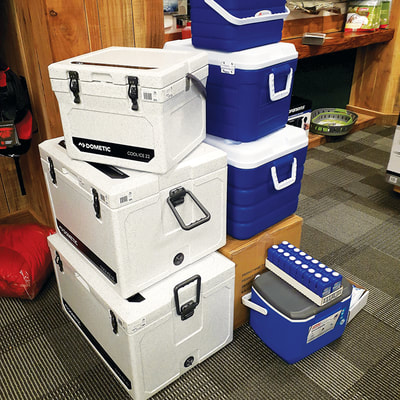 ​Whereas we Kiwis refer to the said device as a “chilly bin,” our Aussie cousins are sure it’s an “esky.” In fact, it started out as a portable ice chest when it was invented back in 1951 by one Richard Laramy in Illinois, USA. The Coleman Company brought the product to the market in 1954, as an insulated galvanised box and a few years later added a plastic-lined interior. The principal hasn’t changed; we’re still using insulated boxes and using ice or gel-filled ice packs to cool the contents. The original intention was that the cool boxes would be for use as a picnic accessory or for keeping food items at a low temperature to prolong freshness in a warm or hot environment – a portable refrigerator if you like. It’s only in more recent times that their other use has become apparent, to store your catch in, to maintain or improve the quality of the flesh of fish landed and destined for the table.

The reason why we even contemplate the use of the ubiquitous chilly bin is that it has such a dramatic effect on the quality of the flesh of the fish we catch. Chilling your catch after a quick dispatch has proven to be very effective in preserving the quality of fresh seafood. The death of the catch is usually brought about by brain ablation – that’s a spike to the brain and most often referred to as the practice of iki jime. Smacking a fish on the head is not such a great idea. It isn’t always effective and usually bruises some of the flesh. The other common option, especially with fish which need to be bled, is to cut the throat and sever the backbone, perhaps even removing the gills at the same time.

There are three things we know cause the deterioration of fish flesh, and actually they all relate to the microbiological processes which take place after the death of our catch. Enzymes which were beneficial within a living fish continue to be active, but they now begin to have an effect on the flesh in other ways, primarily in altering flavour – and not for the better. Bacterial changes also begin to take place, essentially the commencement of spoilage and decomposition. The bacteria come from within the fish, its digestive tract, its organs and its blood system, but also from the slime on the surface of the fish. This bacterial attack is kept at bay in a living fish but not after death. Chemical changes also occur within the fish as processes which are normal in a living fish cease, and chemicals begin to disperse into the flesh and work in different ways. They combine with oxygen from the air and with fatty tissues, and the end result is spoilage and flavour change. This suggests that three areas of catch management are essential   ̶   care of the catch, cleanliness and cooling. The one which has the greatest beneficial effect by far is cooling because it dramatically slows all of the microbiological processes mentioned.

Knowing all that makes me cringe when I see a dozen whole fish rolling around on the floor or in a bilge, knowing they are destined for the table. I live in Southland, and for years, the commonly heard excuse for such lack of care was that since the water is cold and so is the climate, chilling the catch is a waste of time. I must say, though, that bleeding the catch, keeping it clean and chilled does have a very noticeable benefit even in colder climates. It became apparent how quickly these microbiological changes can take place when several trout caught from water at around 14°C and kept in an uninsulated bin without ice in an air temperature of 20°C resulted in a total loss in just 4 or 5 hours. What was apparent when the fish were cleaned later in the day, was that they were flaccid (limp), very slimy, and when gutted, the flesh had parted from the bones of the gut cavity. It didn’t smell great either. Lesson learned…. I just cannot abide waste, especially when we kill animals for food.

So, we know what we are trying to achieve, and first cooling and then maintaining that low temperature, is the goal for delaying the onset of spoilage and extending the shelf life of fish as a food item.

To do that you need to have a means of reducing the temperature of the catch. A number of options are available. Ice is the obvious and it comes in several varieties   ̶   salt ice, freshwater ice and as ice packs filled with a gel-like coolant substance which is frozen within rigid packs or sachet-like pouches. If you are a little more resourceful, you could go the whole hog and set up a mini low-voltage refrigerated bin. Bigger vessels may, alternatively, have electric or gas ice chests or refrigerated bins installed.

For salt water species, salt ice is best and leaving it to produce a salt ice slurry in a bin is ideal. The most effective way for a slurry to work is to gut and gill your catch before placing in the ice slurry. This lowers the temperature of the catch much more quickly. For some of us, it’s actually quite hard to locate a convenient source of salt ice. Freshwater ice is OK for freshwater fish obviously, but at a pinch is still OK to use with saltwater catches, if it’s left in the plastic bag it is sold in. You could also use fresh water frozen in numerous plastic bottles, the smaller the better, and placed in the bin. Make sure they are only ¾ full when you freeze them.  If you use refrozen ice packs, I’d suggest a greater number of small ones rather than more of the large ones.

That’s the ‘reducing the temperature’ part covered. For years, I just used a plastic tub with a lid on, but ice really only lasted a few hours in warm temperatures, so the catch cooled down then warmed up again, not ideal at all. The idea of a quality chilly bin is so that the lower temperature can be maintained for an extended period of time. Modern chilly bins will keep the contents at and below 0°C for days, even beyond a week in some cases, manufacturers claim. This extended period of time is reliant on the insulation within the walls of the chilly bin.

Once upon a time it was possible to buy expanded polystyrene foam bins, they certainly provided insulation, but they weren’t particularly robust or hygienic. Modern chilly bins are rotationally moulded or injection moulded. The processes are similar, it simply means that the plastic (low density polyethylene) in liquid form is injected into a rotating mould in which is held the insulating material, usually expanded polystyrene or similar. The rotation ensures a consistent thickness of material covering the insulation resulting in a robust, durable and usually UV-resistant product with uniform thickness. They are good to use as seats and stand plenty of hard use. Stainless steel fittings are universal on quality chilly bins. They are recessed so as not to catch on gear or clothing and most have a bung fitted for cleaning and drainage. Sizes (volume) and dimensions as well as colours are endless.

It’s important to think about size and versatility when choosing a bin in which to make an investment. The last thing you want to do is fill up the cockpit of your boat with a bin everyone is constantly tripping over. But it should be big enough to accommodate an average outing’s catch along with the ice. Think carefully about its placement and whether it could double as a seat – some are actually finished with a seat pad on the lid. Is it available in dimensions that will allow for stowage beneath some other part of the structure of your boat? Mine fits snugly under the lift up king / queen seat but it is limited in size; it’s OK for trout and a catch of blue cod though.

It may be that a chilly bin won’t be big enough to accommodate your catch or that a bin which is big enough will be inconvenient and cumbersome. Those who target bill fish and tuna and keep them for the smoker or the table, know what I’m talking about. I suggest the focus shifts from a bin to a bag. Chilly bags are robust and made from well insulated material capable of accommodating the catch and the ice. They have the added advantage of being able to be stowed folded until required and usually come with convenient, strong, sewn handles.

That is the why, how and what of chilly bins and bags. Now all you need to do is find the one that fits your requirements and your budget. Don’t skimp on price. Think of it as an investment in looking after the food you harvest. That’s why choosing the right device and buying quality will pay dividends. Quality chilly bins are available from around $100 for a modest 20 to 25-litre capacity up to monsters of 5 or 600 litres at well over $1000.